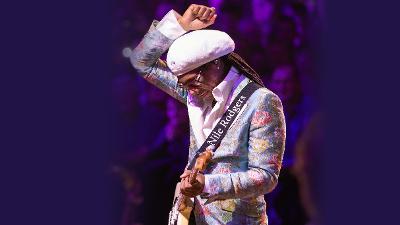 Since co-founding CHIC in 1976, Rodgers has built an unrivalled catalogue of hit songs. His collaborations with such iconic artists as David Bowie, Diana Ross and Madonna have sold over 500 million albums and 75 million singles worldwide. In more recent times his work with Daft Punk, Disclosure, Sam Smith and other artists demonstrate Rodgers' ability to transcend all styles of music, across every generation. His musical prowess truly knows no bounds.

Renowned the world over for their electric outdoor performances at festivals like Glastonbury and Coachella, Nile Rodgers and CHIC are quite simply the ultimate party band. As their timeless hits including 'Everybody Dance', 'Le Freak', and 'Good Times' sound out across Singleton Park alongside the rhythm of Rodgers' 'Hitmaker' guitar, this will go down as one of Swansea's most memorable summer parties.

Find out more and book tickets