#FreeRideSwansea is back for October's half-term

Swansea's hugely-successful free bus initiative is to return for the October half-term. 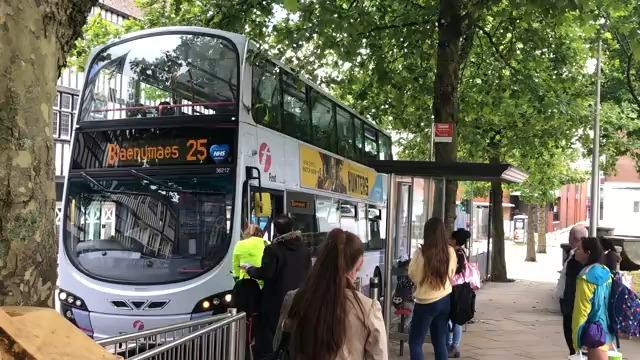 During August the scheme funded by Swansea Council saw bus use soar by more than 50% with more than 220,000 passengers taking advantage.

Rob Stewart, Leader of the Council, said feedback on the summer stage of the initiative had been extremely positive and some of the busiest routes operated on Gower saw passenger numbers increase by up to 65%.

He said: We launched #FreeRideSwansea to help families and businesses as they emerged from the pandemic. Families told me what a difference it made for them. They were able to enjoy days out without worrying about the cost of travel.

"It also gave a lift to the local economy with people travelling to the city centre and our community attractions and shopping centres. We're doing it for October half-term so families can get on the move for free once again."

"As a council were are committed to doing all we can in Swansea to tackle climate change. #FreeRideSwansea at half-term is taking place just a week before the start of Cop26, when world leaders meet in Glasgow to consider the next steps in the international effort to deal with the problem.

"We hope #FreeRideSwansea will encourage people to use public transport more and their cars a little less for the long term, helping cut pollution and congestion.

"It was a real lift to see how popular the summer initiative was and we're already looking at how we might be able to bring it back during the Christmas school holidays as well."

The scheme means that people who start and finish their bus journeys within the council boundaries of Swansea on the six days of the offer will not have to pay for the service provided their trip also starts before 7pm in the evening.

The 7pm deadline change from the previous time of an 11pm finish has been agreed following feedback discussions with bus companies and will support them to provide the service during the six days of the offer.

The initiative is part of the Council's £20m Recovery Plan, aimed at supporting families and boosting the local economy following the pandemic.