More play areas in the city get upgraded 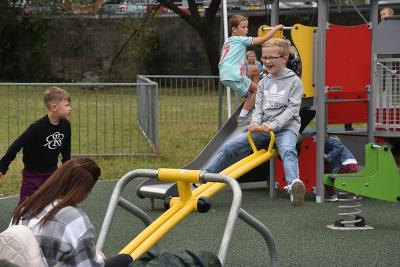 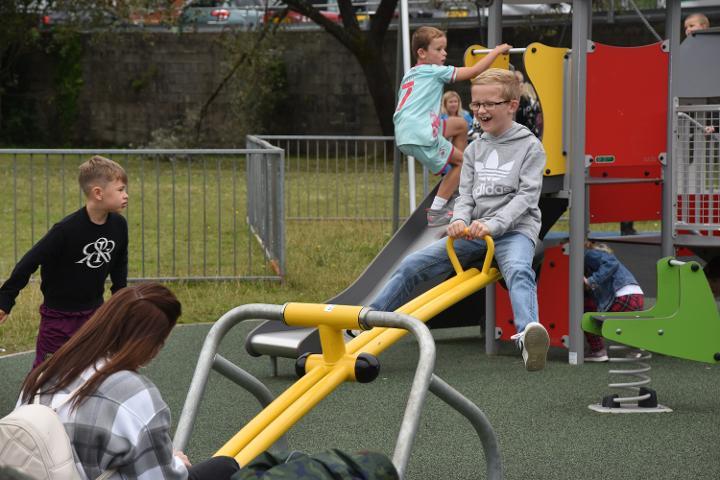 The £80,000 Llansamlet upgrade featuring a range of play equipment which local residents had a hand in choosing was funded by a Welsh Government grant.

And it comes on top of a huge play area revitalisation project paid for by Swansea Council which will see over 30 more getting makeovers.

It was officially-opened by Council Leader Rob Stewart and the community made sure it was a memorable day by staging a mini-fete featuring lots of stalls, fun and games for children to enjoy.

The play area at Llansamlet Park features a range of play equipment to keep youngsters happy for hours on end.

Cllr Stewart said: "The Welsh Government backing for our programme of better, brighter play areas for our children is brilliant. It means that even more areas of our city can benefit.

Thanks to their support and more than £2m we've set aside as well, every ward in Swansea is getting cash much-loved play areas to get a new lease of life. The council works closely with ward members and community groups so that youngsters get the kind of play equipment they want.

"During the pandemic we made sure play areas were kept open for safe play for young children and they became an important safe haven for young families at a difficult time.

"I've visited a number of parks around the city which have already had their upgrades and there's lots more to come in the coming months all across the city. It's brilliant to see young people enjoying themselves in the new parks."

Upgrade work has just started at Ravenhill Park and at the popular play area near Singleton Park's Boating Lake. Work at both locations is expected to be completed in about six weeks.

So far upgrades at eight locations dotted around the city have been completed with plans in the pipeline for more in areas including Mayhill, Morriston, Bishopston and Cwmbwrla.

To find out more about all the playgrounds in your community, visit https://www.swansea.gov.uk/playgrounds